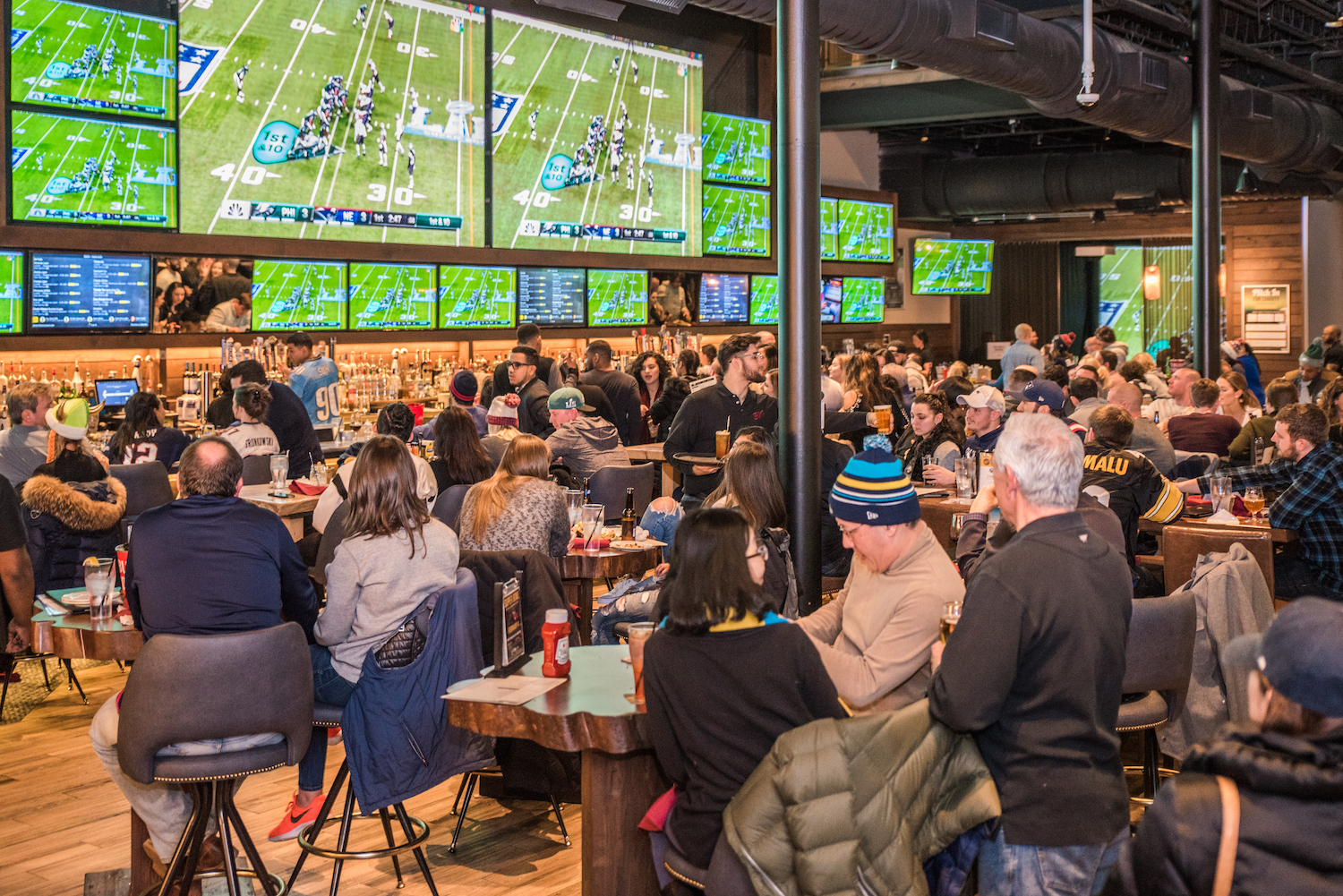 An Update from Sportech Venues

On January 5th, halftime of the Houston vs. Indianapolis Wild-Card Playoff game provided an exciting conclusion to a season-long contest hosted at Sportech’s Winners venues and Bobby V’s Restaurant & Sports Bar locations in Connecticut.  If the football action on the big screens weren’t enough for sports fans filling Winners and Bobby V’s, the Sportech Venues team added to the excitement by announcing the grand prize winners of Sportech’s season-long “You Pick ‘Em Challenge”.   Richard A. and Jeff L., of Hartford and Stamford respectively,  were each selected as a grand prize winner of a trip for two to the BIG GAME in Atlanta.

Throughout the football season customers at Sportech’s sixteen Bobby V’s and Winners venues played the free-to-enter contest by taking their best guesses at a variety of football related outcomes.  Each qualifying entry gave a customer a chance at winning the grand prize in addition to weekly, monthly and season-long prizes.  In total, over 6,200 qualifying entries filled a raffle drum with our two lucky participants chosen as grand prize winners.

For more information about Sportech Venues in Connecticut visit the MyWinners website.

This site uses cookies - small text files that are placed on your machine to help the site provide a better user experience. In general, cookies are used to retain user preferences, store information for things like shopping carts, and provide anonymised tracking data to third party applications like Google Analytics. As a rule, cookies will make your browsing experience better. However, you may prefer to disable cookies on this site and on others. The most effective way to do this is to disable cookies in your browser. We suggest consulting the Help section of your browser or taking a look at the About Cookies website which offers guidance for all modern browsers.

Necessary Cookie should be enabled at all times so that we can save your preferences for cookie settings.

If you disable this cookie, we will not be able to save your preferences. This means that every time you visit this website you will need to enable or disable cookies again.

This website uses Google Analytics, a web analytics service provided by Google, Inc. (‘Google’). Google Analytics uses cookies (text files placed on your computer) to help the website operators analyse how users use the site. The information generated by the cookie about your use of the website (including your IP address) will be transmitted to and stored by Google on servers in the United States. Google will use this information for the purpose of evaluating your use of the website, compiling reports on website activity for website operators and providing other services relating to website activity and internet usage. Google may also transfer this information to third parties where required to do so by law, or where such third parties process the information on Google’s behalf. Google will not associate your IP address with any other data held by Google. You may refuse the use of cookies by selecting the appropriate settings on your browser. However, please note that if you do this you may not be able to use the full functionality of this website. By using this website, you consent to the processing of data about you by Google in the manner and for the purposes set out above.

Please enable Strictly Necessary Cookies first so that we can save your preferences!